Sendai Airport’s new passenger’s terminal has a ripple-design roof, as well as a departure lounge with an entire glass wall. With its dynamic design, futuristic appearance, and fully equipped facilities, Sendai Airport warmly welcomes everyone. As the biggest international airport in the Tohoku region, the new generation passenger’s terminal plays a role as the hub of the region as well as the symbol of globalization. You can enjoy the view from two observation decks, one is on the roof top and the other is on the third floor, named “Smile Terrace”. There is an airport museum Tobuccha on the third floor.

On the hill, there is the “Takadate” sanctuary and “Goshazan” mountain that has a nature observation path where you can see wild animals and observe plants in their natural habitat. There are also many parks in the city, so you can be in direct contact with nature.

The biggest historical landmark in the Tohoku region, the “Raijinyama” ancient burial mound, more than 60 “Takatsuka-kofun” tumuli, and over 100 large “Kumanodo” tunnel tombs are in the city. “Natori Kumano Sanja” (Three Shinto Shrines) which used to be the center of propaganda due to its association with the “Kumano” worship, consists of the “Kumano-Shingusha” Shinto Shrine, the “Hongusha” Shinto Shrine, and the “Nachi-taisha” Shinto Shrine which are also located in Natori City. There are traces of several ruins of Medieval castles such as the “Takadate” ruins on the western hills where the old main road “Azuma Kaido” runs. Along the main road, there are other historic spots such as the grave of the Lieutenant General, “Fujiwara Ason Sanetaka”. There are also many kinds of folk entertainment called Kagura, a religious Shinto dance. For example, the “Kumanodo Kagura”, pertaining to the “Kumano” Shinto Shrine which tells about the prosperity of the “Kumano” belief to the modern era. Also, the “Dosojin Kagura”, the “Hanamachi Kagura”, the “Kumanodo Juunishin” “Shishiodori” dance, the “Ima Kumano Jinja” Shinto Shrine dance, a dance for the harvest of whole wheat in “Shimo Masuda”, a dance for an abundant catch of fish in “Yuriage”, and the “Masutorimai” dance in “Tegurada”.

You can enjoy various local products which were grown in the abundant nature of Natori. Some of the most famous products to mention are: ark shells and are: ark shells and from “Yuriage”, Japanese parsley known as Sendai Seri, “Myoga-take” (Zingiber mioga), and bamboo shoots from “Medeshima”. The “Takayanagi” area ranks first in the production of carnation flowers in the Tohoku region. 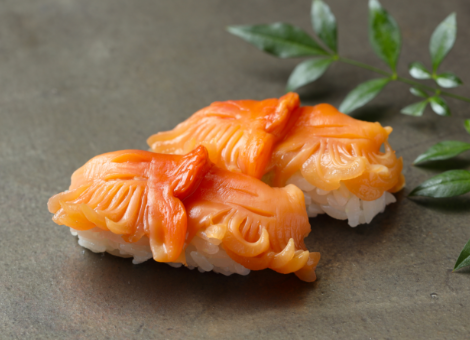 The Ark shell from “Yuriage” Port is ranked number one in Japan. Its firm and chewy texture is the biggest feature, and its fine taste spreads in your mouth bite after bite. A lot of the “Yuriage” ark shell is transported to “Tsukiji” market, the biggest fish market in Tokyo, and sold as a high brand clam; however, some are eaten in local restaurants and some are sold by mail-order system. July and August are closed due to its eggs spawning season. 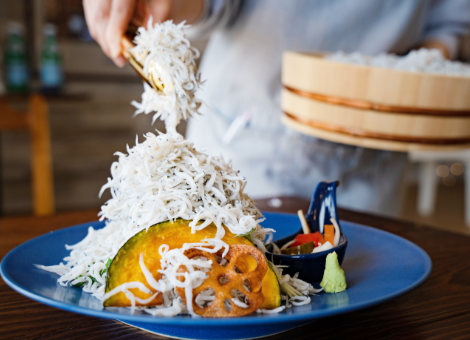 Along with yuriage in Natori, the southern coast of Miyagi is home to Japan's northernmost shirasu fishing.Hokugen("northern limit") Shirasu can be enjoyed straight from a boiling pot, but raw shirasu, unique to the port area, also tastes great(Jul-Nov fishing season) 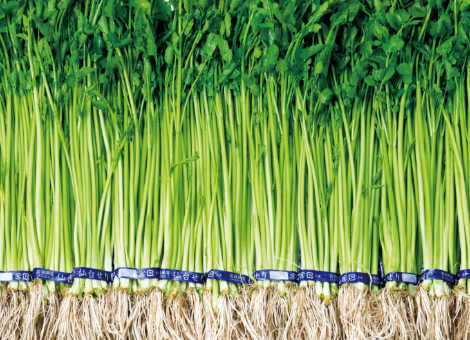 “Seri”, Japanese parsley, known as “Sendai Seri”, is cultivated using quality water and the accommodating climate of Natori. Its production is top class in Japan, and has a 380-year cultivation history. One of the features of “Sendai Seri” is its long root, which is delicious as well as its leaves and stem. “Sendai Seri” won the title at the Sendai hot-pot festival in 2014. It is in season from November to April. 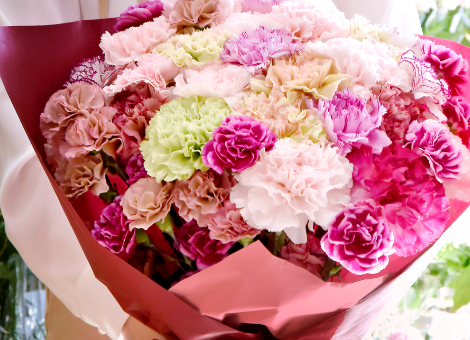 The “Takayanagi” area ranks first in the high-volume production of carnation flowers in the Tohoku region. Carnation, roses, birds of paradise (Crane flowers), and a variety of other genera are grown in glass greenhouses throughout the year. The carnation flower is a motif of the mascot of Natori City, “Carna-kun”.