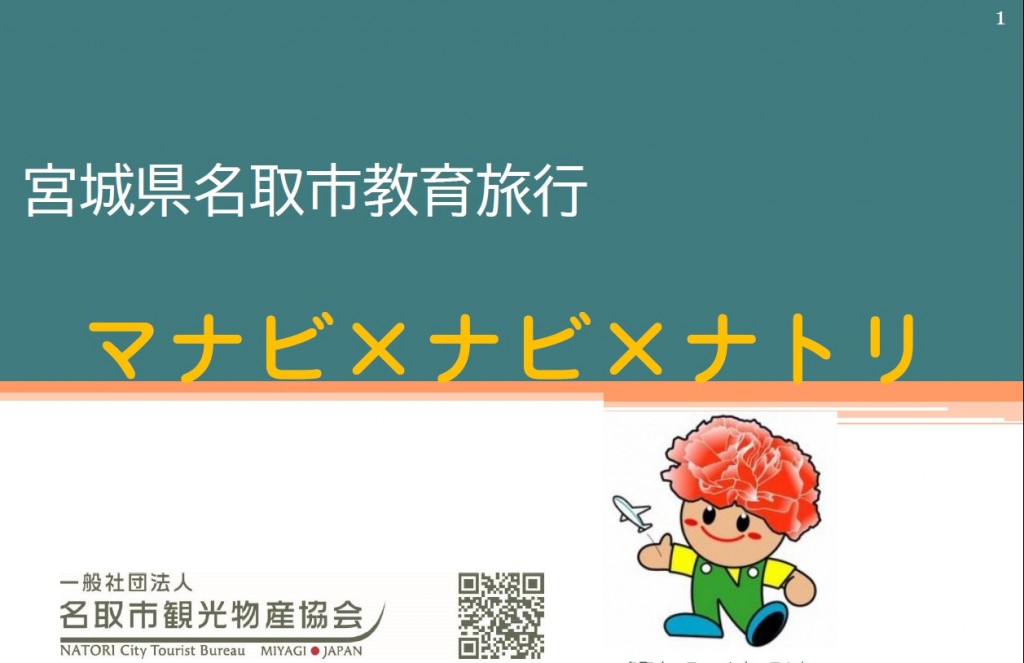 In order to reduce the number of victims in future disasters, Natori City Tourist Bureau provides a tour to educate people and students, who come to Natori on school field trips, on disaster prevention.
Natori City, Miyagi Prefecture, located to the south of Sendai City, has a population of about 76,000. 911 citizens were killed by the tsunami caused by the Great East Japan Earthquake. The “Yuriage” area was devastated as it was an urbanized area, and many houses were built closely together. On March 11, 2011, an NHK camera on a helicopter above “Yuriage” captured many houses being washed away, and the town disappearing in such a short period of time. Some time has passed after the disaster, and the people’s memory of the disaster is beginning to fade ; as a result, the Natori Tourism Association decided to take people, especially young people such as students on school field trips, on a tour of the disaster area and educate them in order to reduce the damage and the number of victims in future disasters. The town is still on the way to revival and the tsunami left some deep and lasting scars around the town. You will be able to realize the actual scale of the disaster by visiting the town. We hope to educate as many people as possible on the disaster.
Please contact us about the tour.